We are in 21st century with latest technologies and wide exposure. Every minute is busier than the Ants’. People can’t realize that how fast their children are growing and getting married early or gone for studies in universities. Everyone has to accelerate their lives with requirements but first they should know about their surroundings, what are they missing unconsciously. Many of us are working only for better lifestyle but not to live even though we don’t know about quality life because of our social trends. There are two type of people, one who sets the trend and other who follow these trends, the second type of people doesn’t know why they are doing that kind of foolishness. Maybe because the foolishness is a part of a new trend.learn islam and practice islam easily through this article.

Social media makes us busy when we have free time, we get anxious to do something new in our life. Many of us have different types of activities like gym, swimming or table tennis etc but I think we are life conscious but not self-conscious, we can’t stop thinking. We are living in future and act in present how is that possible? but people of 21st century made it. Their worries made it possible and we are designing our future which we”ll never see but our present is aching for attention right in front of us but most people have ignored it. Mark my words “your present is turned into your future”. We forgot everything for the sake of our future. We even forgot our religion and its practices but still we call ourselves as Muslims.

There is a saying, “people around you, makes you or breaks you”. I am really impressed with these words, the environment around us makes a deep impact on our lives but most of us can’t feel them. If we want to change ourselves into a good Muslims we ought to change our environment. I think that we should start by changing ourselves with the help of Islamic environment or Islamic societies. Question is, how we practice Islam and learn islam in daily routine life? 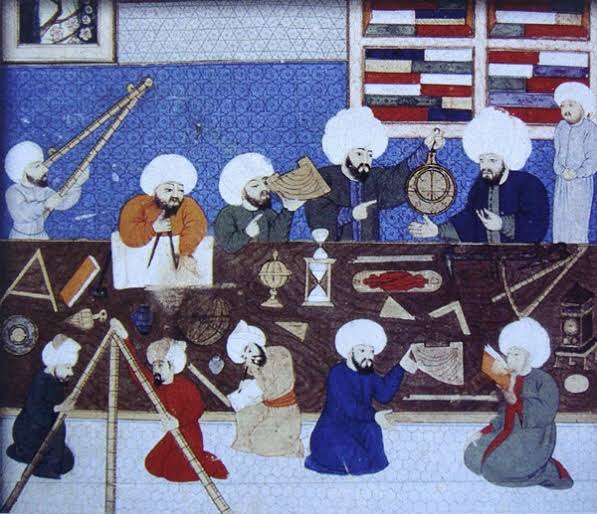 In the old eras, people used to have strong Muslim community system and Islamic societies/centers where they get together and learn Islam or any other subject with Islamic perspective and used to spend their free time with scholars(The Shepherd). These Scholars had provided strong platform for their people and pupil. At the time people felt honor to had these type of activities among them. These societies also made people and their families busy with different types of creative and productive work and they produced and raised people like Ibn-e-Sina(Avicenna) and Imam Abu Hamid Al-Ghazali. In those Islamic centers scholars taught their pupil how to pray obediently, and how to save themselves from dis-obedience of Allah. They taught them how to spend their lives according to the the Quran and Sunnah. They also trained their pupil to keep away from Shetan and his tactics or facetiousness. If anyone had any social or personal problem they used to go to Islamic centers and used to concern with scholars to get relief through Islamic practice. In that era if someone made any violation he got sentenced as a punishment from Islamic Court. At that time there was no other culture but Islamic culture. Influence of non-islamic culture are most disturbing to Muslims faiths and their beliefs. I wrote a blog about this kind of cultural influence. Those lobbies used to work for people’s welfare. The roles of Islamic society and Islamic centers were of great significance and people wanted to stay attached with them.

You may know about Dar-ul-Arqam, the house of Ibn e Arqam R.a where the companions of Prophet Muhammadﷺ  used to gather to learn from each other and also from Prophet Muhammadﷺ. There were two reason to it first that it was their hideout from enemies (Quraish) and the second that it was a meeting point to learn Islam and prepare for their next strategies. That was the first school in Islamic history which named ”Dar-e-Arqam”.The first Islamic center in Makkah.

How We Practice and learn Islam Easily
We live in modern era with different type of state laws and different type of cultures. We have to face different types of social influence which can be a hurdle between us and our religion. If we try to align our direction towards Islam by building small Islamic societies or by joining one of them then we can get an environment of healthy faith and beleif. Fellowship of Islamic scholars/Shaykhs can help us to reform. We should go to Islamic centers like Dawa’h Center and Halqa of zikr e Allah for blessings with our children and other muslim friends.practice islam easily through these habits and environment.

Our homes can also be use for community centers where we should invite Islamic scholars turn by turn and lobbing our community and convince them for attending these type of lectures and Halqa, we should take example from house of Ibn-e-Arqam R.A.

Islam has its own culture which is beautiful and peaceful but unfortunately we are victims of local cultures which we’ve not enough authority to change it, but we have authority to change ourselves first  than our residential environment, we can start from our house and offices and make them small Islamic societies by inviting people at Islamic events and gatherings without asking money from them. We lived in 21 century but we should copy old era of Islamic ways.

birth of Intellect and Sufis